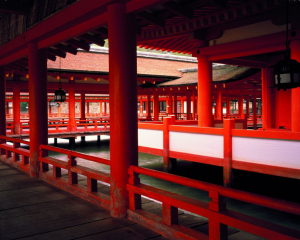 The Studierendenwerk Karlsruhe, the German-Japanese Society, students from the universities and cultural institutions of Karlsruhe organize the Japan Days on the campus. The city of Karlsruhe is always in the center of Far Eastern Culture.Here some impressions from the last years: Michael Postert, General Manager of the Studierendenwerk Karlsruhe
„A project by students for students. Our students can build intercultural bridges with their ideas and visions. It’s very interesting to see how the Japanese culture is being nurtured. We can learn a lot from our students. I am glad when the campus changes into the country of the smile during the Japan Days.“Terruko Matsushima-Fritz, Chairwoman of the German-Japanese Society
„The Japan Days represent a good oportunity for the students to learn pleasantly and free of stress about the multi-faceted culture of Japan. Furthermore, a bridge is built not only between Europe and Asia, but also between the campus and the inhabitants of the city of Karlsruhe.“Makitaro Arima, Lecture at the University of Music
„Mainly, modern culture is offered, e.g. music of modern composers from Japan and Europe, multidimensional sounds with loudspeaker installations, present-day Japanese pedagogic arts in the harmony with the Japanese tradition.“Japan Days are a co-production between the Studierendenwerk Karlsruhe, the German-Japanese Society, the Karlsruhe Institute of Technology (KIT), the State Academy of Fine Arts, the Working Group for Culture and Communication (in German AKK), the Budo-Club Karlsruhe, the UniTheater Karlsruhe e.V., the KAMANI e.V., and the choir „Flügel“ of the German-Japanese Society.